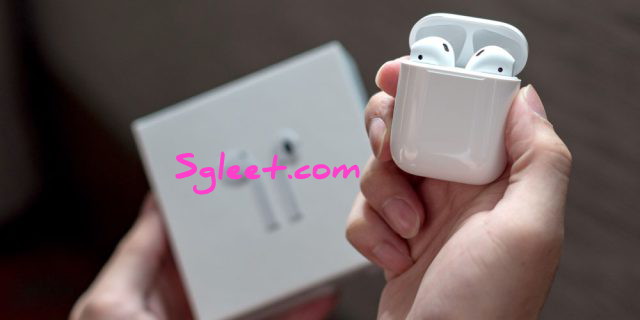 Apple’s AirPods have been&nbsp;plagued by availability issues, but that hasn’t stopped them from dominating the&nbsp;truly wireless headphone market. A new report from market research firm NPD&nbsp;shows that Apple has overwhelmingly dominated the industry so far this year, fending off competition from the likes of Samsung and Bragi…

According to 9to5Mag report explains that over 900,000 completely wireless headphones units have been sold in the United States so far this year. Dominating those sales have been the AirPods, which have accounted for 85 percent of dollar sales since their release in December.

HOW TO CHECK IF YOU DEVICE IS FAKE OR NOT

NPD attributes the success of AirPods to factors such as “disruptive pricing, brand resonance, and excitement over the W1 chip.” As for audio quality, the firm says that its research shows features such as integration with the iPhone and Siri take precedent over audio quality.

Since launching in December, Apple’s AirPods have accounted for 85 percent of totally wireless headphone dollar sales in the U.S., according to NPD’s Retail Tracking Service. With a use case centering on frictionless access to Siri and other tasks initiated by voice, AirPods really act as an extension of the iPhone.

Apple’s path to leadership in the category is helped by disruptive pricing, brand resonance, and excitement over the W1 chip, which significantly eases Bluetooth connections to iOS and Mac devices.

A report earlier this year highlighted the customer reaction to AirPods, showing that Apple’s earbuds were met&nbsp;with 98 percent customer satisfaction. While Apple hasn’t broken out specific unit sales for AirPods, Tim Cook has&nbsp;said&nbsp;that they’re a “cultural phenomenon”&nbsp;and&nbsp;noted of Apple’s struggles to keep up with demand.